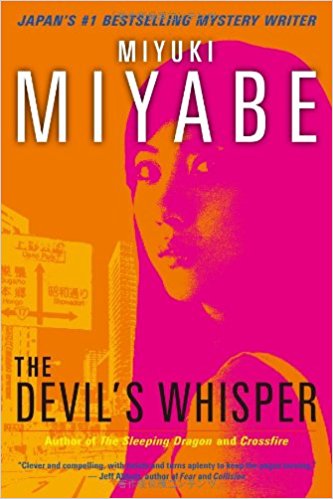 Maromu’s father worked as a civil servant in the financial department in Hirakawa. One day he suddenly disappeared, following the accusation of him stealing the public funds. Before his disappearance , he had left divorce papers to Mamoru’s mother which she refused to sign because she believed her husband would come back. However, all her hopes were in vain because he never made any reappearance. Twelve years later, she died of stroke, leaving the 14-year-old Mamoru behind. Then, Mamoru was adopted by her mother’s sister, meaning his aunt, and came to live with her family in Tokyo.

And that was when the story began.

Mamoru’s uncle was a taxi driver who was proud of his safe driving record. But one night, it was reported he crossed the red light and hit a girl. Since the victim died on the way to hospital, he was blamed of careless driving and taken by the police. He claimed he hadn’t crossed the red light, he had run on green when the girl suddenly came out of nowhere so he couldn’t help it. Because it was late at night, there was no witness, no one could justify his claim.

This incident brought much troubles to the family. Many angry phone calls rang to the house. One night it was Mamoru who picked up the phone, he heard a raspy voice: “Thanks for taking care of Yoko Sugano”. Yoko Sugano was the name of the victim. Mamoru became suspicious. He loved his uncle and his new family, so now it was his duty to find out the truth and protect them from harms.

Eventually, he discovered Yoko Sugano was not just a simple and honest girl. She worked as a hired-lover, who would come to a man for his money, gained his trust then swindled all his savings, made him sign some loan contracts, then left the man heart-broken. Along with Yoko, there were other three women in this line of business. And what made him most horrified was the fact that among those four women, three were dead. Now Mamoru had to find out the fourth one and save her from death.

Meanwhile, a successful businessman showed up at the police station to testify that Mamoru’s uncle hadn’t crossed the red light that night, that he witnessed the whole process and the taxi driver was really innocent. Then the man became close to the family and especially Mamoru. Who was he really?

Despite the long summary as above, I’m sure I haven’t spoilt any important parts yet. What do I think about this novel? Well, it was a good and enjoyable reading. Alongside the dark theme with fears and deaths and any heart-broken tragedy, it discussed about the boundary of being good or bad, what the standards of right and wrong are. Sometimes, the line between right and wrong is vaguely unclear and varies among different people. “Do whatever you think is right”, and “every remorseful sinner deserves a second chance” were the messages I got from the book.

The story telling was appealing, but for me it was no page-turner. At some points the pace was slow with no significant development. The deceptive plot was somehow unpredictable, but there were too many coincidents that made the whole story seemed unreal and unnatural. The method the killer applied on the victims was too surreal to be true and it was just impossible in real life. This was the only thing I didn’t like about the story. Otherwise, like what I’ve just said, the book was enjoyable, and definitely I’m going to read another novel by the same author.

Normally I would write my reviews in Vietnamese, but now, in the attempt of improving my English, so… this is it.

The Devil’s Whisper, if translated in Vietnamese, it should be: Lời Thì Thầm của Quỷ.

A CLOSER LOOK AT ME

A CLOSER LOOK AT ME